When I was just out of college, I stayed at home for a few years to build up some savings. As an alleged adult, I wasn’t quite as subject to the “not under my roof!” rules that my parents wielded when I was younger. Given free rein to drink and carouse, I took full advantage.

Many a night during the wee hours, I’d find myself at the front door of the house, fumbling for keys as quietly as I could. One night, I happened to look up. I don’t know why I did, other than I had a feeling. Gazing upward, I spied a colorfully lit disc, partially obscured by low-hanging clouds. In spite of my secular outlook, I involuntarily mouthed Oh, my god! I’m actually seeing a UFO!

Slowly, majestically it descended, while shedding the remnants of the wispy clouds that had obscured it. It looked sort of like the mothership from Close Encounters, but smaller and flatter. Before I could decide if I should be fascinated or afraid … I woke up.

I suffer from an excess of imagination. Or, as my fourth-grade teacher once told my parents during open house, I’m a daydreamer. That assessment earned me a slap later that day. Truth be told, I only zoned out when I was in class, or as an adult, when I drive past my exit. Anyway, I believe I’ve learned to harness this gift for good, not evil.

Anything I dream up, I make an effort to understand as in some sort of self psychoanalysis. But I also consider the material for my writing. Indeed, my first book, Future Perfect, is directly attributable to a night dream.

Did you ever see the Arena episode of the original series of Star Trek? To save his ship, Captain Kirk had to fight an immensely strong, yet slow, reptilian humanoid known as a Gorn. A third party forcibly placed him on a distant planet with this alien, and promised that he could find weapons to fight his battle. He eventually won the day by collecting the ingredients for gunpowder and blasting the Gorn away by shooting diamonds at him. 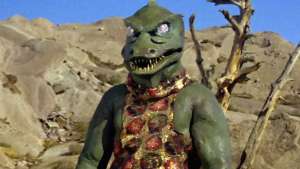 I studied that episode — hard. I never wanted to be caught in that situation and not be prepared. Potassium nitrate, charcoal, and sulfur are the ingredients. Consider that a public-service announcement just in case you … well, you know.

So in addition to being a dreamer, I am also preoccupied with Star Trek. I share that affliction with Cord Devlin, the hero I dreamed up to occupy the version of present-day Earth that I also dreamed up in Ghosts of Forgotten Empires.

I never had to face the Gorn in hand-to-hand combat (at least, not yet). I never had to use the lessons I learned from that iconic TV show. However, in the world I created for Cord, he does get to draw on those lessons for his job as an intelligence freelancer. They come in handy when humanity is threatened by an otherworldly foe. 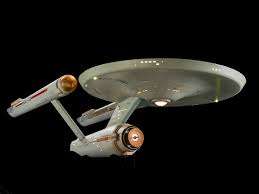 Cord is living my fantasy — or am I vicariously experiencing it through him? In either case, I’ll accept your judgment as to whether or not I should turn in my membership card to the adult club.

So in conclusion, I think a dream life can be useful in practical ways. Wouldn’t you say?